Early Risers: The Most Successful People in the World Wake Up Early 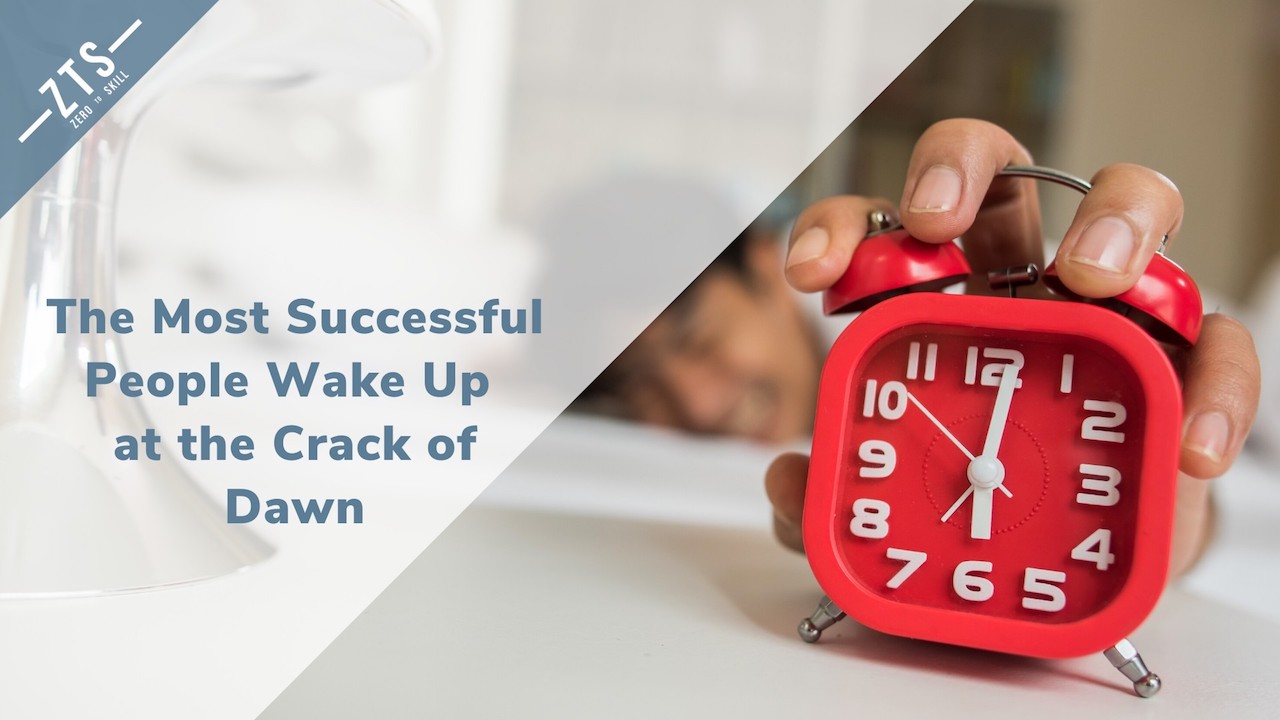 Early rising and success are definitively liked to each other. Some of the most successful people in the world Wake Up Early to start off their days by being productive. Learn how waking up early can help your progress.

Don’t Miss: How to Create a Life-Changing Morning Routine and Why It Will Help You Succeed

There’s nothing like the smell of success in the morning!

Among the myriad of ways in which the CEOs of major companies are different from you and I seems to be their habit of waking up at ungodly hours of the morning.

It probably won’t come as much of a surprise to you that somewhere in the range of 90% of top executives wake up early.

Real early. I’m talking before 6 a.m. during the work week.

Read on for a list of top businesspeople who are known for their love for rising early.

Apple head honcho Tim Cook is known to up at 3:45 a.m. every morning to exercise, drink coffee and reply to emails.

Cook clearly loves his job and has stated that waking up this early is no obstacle due to the satisfaction that he gets from his work.

Another high-powered executive who is famous for getting to the office before anyone else is General Motors CEO, Mary Barra.

Rumor has it that Barra’s incredible early-rising work ethic (she can regularly be found in the office before 6 a.m.) was part of the reason why she was chosen to replace GM’s ex-CEO, Daniel Akerson, who was also highly to averse to a lie-in.

Disney Supremo Robert Iger has publicly stated that he is in the habit of waking up at 4:30 a.m.

Iger uses the twilight hours to “multitask”, as he divides his attention between watching TV, reading the morning papers, exercising and sending off emails.

PepsiCo’s Indra Nooyi is another prominent CEO who struggles with insomnia.

After long and stressful days at the office in which she is instrumental at all levels of corporate decision-making, Nooyi is known to wake up at around 4 a.m. every morning having only slept for paltry four hours.

Had you not known, the CEO of coffee giant Starbucks, Howard Schultz, would have probably been one of your first candidates for partaking in bone-shattering early morning routines.

Caffeine-fueled Schultz is known to wake up at 4:30 a.m. before heading off on a bike ride with his wife

Workaholic Ursula Burns, the CEO of Xerox, is another executive who gets far less than the recommended 8 hours a night.

Often hard at work until midnight, the indefatigable Burns then wakes up at around 5:15 a.m. to follow her personal training routine.

The businessmen and women mentioned above prove that the early bird really does get the worm.

The habits of these people seem to suggest that there exists a clear correlation between waking up early and success.

If you have your mind set on one day leading one the world’s most important companies, the overwhelming evidence suggests that waking up early is a habit that you should adopt right away.

You Might Also Enjoy: The Ultimate Guide To Waking Up Early

Zero to Skill is a blog that helps its readers level up their lives by providing actionable advice on Entrepreneurship, Personal Development, Productivity, Self Improvement and more.