Here are 25 Procrastination Quotes that should help you stay productive during times where you struggle to focus and stay on track.

While everyone encounters procrastination in their lives from time to time, we need to differentiate when it might be harmless versus when it starts affecting our lives.

Procrastination is the exact opposite of productivity and while some people are using their time productively to get something done today, those who procrastinate are simply pushing their responsibilities off to the side for another day.

Think about the kind of person that you want to become, and ask yourself if you’re doing everything in your power to be the person that you dream of. Don’t push things aside that you can get done today, and start thinking of becoming the most productive version of yourself.

Below, you’ll find 25 of the best quotes about procrastination — many of which have given me a much needed boost of motivation when it comes to completing tasks that I’ve been putting off lately.

1.“You may delay, but time will not.” – by  Benjamin Franklin

2.“Following-through is the only thing that separates dreamers from people that accomplish great things.” – by  Gene Hayden

3.“The only difference between success and failure is the ability to take action.” – by  Alexander Graham Bell

4.“Take time to deliberate; but when the time for action arrives, stop thinking and go in.” – by Napoleon Bonaparte

5.“To think too long about doing a thing often becomes its undoing.” – by Eva Young

7.“Perhaps the most valuable result of an education is the ability to make yourself do the thing you have to do, when it ought to be done, whether you like it or not.” – by Thomas Huxley

8.“If you want to make an easy job seem mighty hard, just keep putting off doing it.” – by Olin Miller

9.“Procrastination usually results in sorrowful regret. Today’s duties put off until tomorrow give us a double burden to bear; the best way is to do them in their proper time.” –  by  Ida Scott Taylor

10.“Things may come to those who wait, but only the things left by those who hustle.” – by Abraham Lincoln

11.“Nothing is less productive than to make more efficient what should not be done at all.” –  by Peter Drucker

12.“If you put off everything till you’re sure of it, you’ll never get anything done.” –  by Norman Vincent Peale

13.“There is nothing so fatal to character as half finished tasks.” – by David Lloyd George

14.“Don’t wait. The time will never be just right.” – by Napoleon Hill

15.“My advice is to never do tomorrow what you can do today. Procrastination is the thief of time.” – by Charles Dickens

16.“Nothing is so fatiguing as the eternal hanging on of an uncompleted task.” – by William James

18.“A year from now you may wish you had started today.”– by Karen Lamb

19. “Doing just a little bit during the time we have available puts you that much further ahead than if you took no action at all.” – by Byron Pulsifer

20.“One of the most tragic things I know about human nature is that all of us tend to put off living. We are all dreaming of some magical rose garden over the horizon – instead of enjoying the roses blooming outside our windows today.” – by Dale Carnegie

22.“Begin doing what you want to do now. We are not living in eternity. We have only this moment, sparkling like a star in our hand—and melting like a snowflake.” – by Francis Bacon

24.“To do anything in this world worth doing, we must not stand back shivering and thinking of the cold and danger, but jump in and scramble through as well as we can.” – by Sydney Smith

Did you find this list of procrastination quotes helpful? If so, please do us a favor and share it! 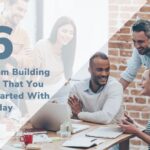 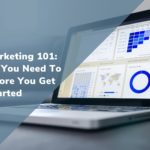 Digital Marketing 101: Everything You Need To Know Before You Get Started 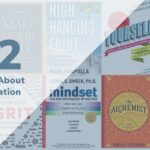 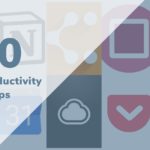 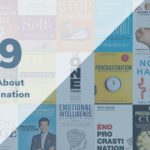 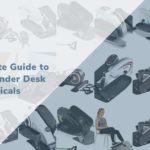 The Ultimate Guide to the Best Under Desk Ellipticals for 2020 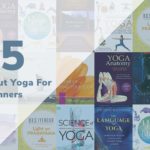 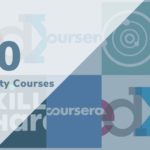