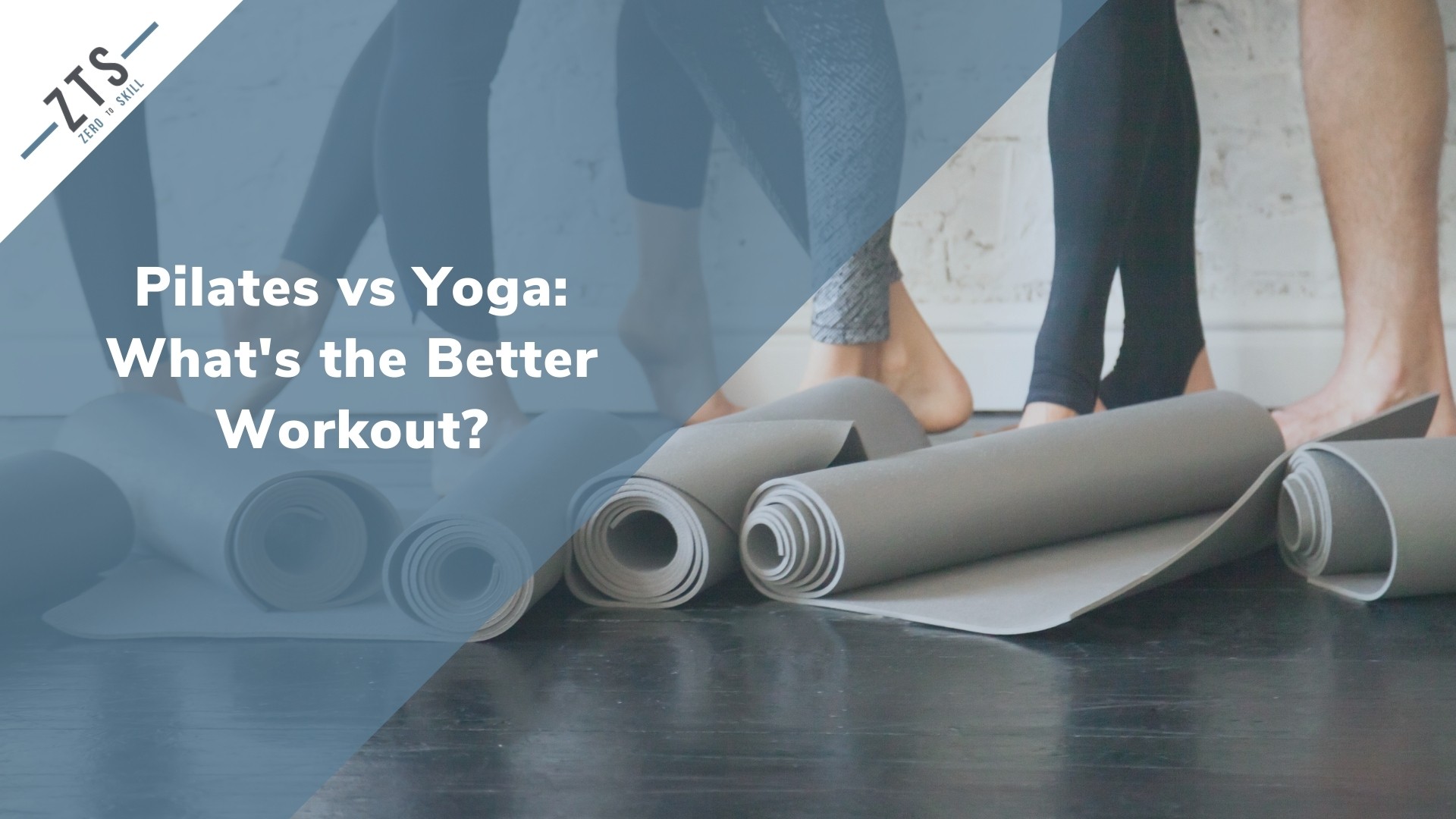 There are several factors that go into choosing between pilates vs yoga. Not only are they both different exercises, but they are also equally helpful and beneficial for the body.

Often people get confused between these two practices and while they might have certain things in common, they are truly very different from one another. The truth is that both exercise are trending in the fitness world at the moment, they are both extremely beneficial and they both have individual qualities that can improve the body posture, strengthen the core of the body, and essentially build the person stronger in many aspects. In addition, both of these fitness practices are great to work on flexibility and body control, which is why a lot of people might confuse them, however both practices are very different.

Make sure you get enough information to make up your mind on what you want to practice between pilates vs yoga. For that same reason, here is a small guide that can teach you the principles of both fitness practices, so that not only are you well informed, but also if you are new at these fitness trends, you can chose to participate in them. While they have some things in common, there are both very different from each other and as a beginner you should give both practices an opportunity.

Pilates is said to have originated in Germany in the early 1900s, as a form of rehab and conditioning. The creator of this fitness practice is known as Joseph Pilates and he intended for this practice to be a great form to stay healthy and active with your body.

The main difference between pilates vs yoga is that pilates involves some machines, whereas yoga mainly just uses a mat and a couple of other small tools. Pilates classes are mainly practiced on a pilates reformer, which seems to be like a bed with different adjustable straps and tools that you can use in numerous ways during your practice. Pilates in a certain way has some of the same goals that yoga does, however the method of acquiring them is different. The practice itself is different given that the movements and the exercises are different.

Mainly the biggest difference among pilates vs yoga is the fact that this practice integrates a spiritual side in each class, whereas pilates is less likely to put emphasis on this. Yoga is a practice that integrates movement, meditation, and breath control in order to unite mind, spirit, and body. When it comes to yoga, there are numerous forms that you can practice this class, given that there are many types of yoga that are available to the public.

Originated from ancient India, yoga is said to be a holistic discipline that focuses in aligning the mind and the body through movement.It is said to be an ancient practice because it originated in South East Asia over 5,000 years ago.

Mainly the biggest difference among yoga vs pilates is the fact that this practice integrates a spiritual side in each class, whereas pilates is less likely to put emphasis on this. Yoga is a practice that integrates movement, meditation, and breath control in order to unite mind, spirit, and body. When it comes to yoga, there are numerous forms that you can practice this class, given that there are many types of yoga that is available to the public. Mainly, yoga is a spiritual philosophy that integrates all body parts in order to achieve a deeper connection with the body. Through movement and different exercises, yoga can benefit the body’s pose, the alignment, flexibility, among other things.

When it comes to yoga, you can find numerous classes and techniques such as the following:

Pilates vs Yoga – The Class

This practice involves holding a posture to strengthen certain muscle groups. This often depends on the type of class that you are taking, however, often holding postures can vary form a small period of time to a longer one that creates more endurance within the body.

Unlike yoga, pilates involves controlled movements to stretch muscles. It is not about holding a pose, but more like doing numerous movements in a controlled manner.

How Are They Similar?

There is a reason why a lot of people confuse them, and mainly it has to do with the purpose of both practices. While their exercises and movements are different, they both have the purpose of helping you connect with your body, strengthen your core and build resistance. Nevertheless there are still similar aspects when it comes to pilates vs yoga.

Breathing is definitively an important focus in both practices however, during yoga, the user focuses on deep breathing for numerous portions of the class, whereas pilates you are meant to focus the entire class on controlling your breathing.

Both practices involves numerous exercises that are meant to target different parts of your body and therefore build resistance. With yoga, the user is required to hold poses for a long time in order to build resistance and strengthen the muscles, whereas in pilates you use equipment to do different movements and you can start to add some extra tension in the machine so that you start building more resistance.

Another similar goal that both practices have in mind is develop your flexibility with time. While yoga focuses more on this aspect, it is something that pilates also intends to do.

This is something that really differentiates both practices, not only do they realize different movements but they also use different equipment to do so. While both practices require mats from time to time, pilates often uses heavier equipment overall.

When it comes to yoga, there will always be a yoga mat involved in the practice, as well as a few other tools. For instance, in the case of beginners, they can involve the use of blocks or straps in order to assist one during their initial practices.

Pilates uses heavier equipment such as a intricate machine that is used to add extra resistance and support to your practice. While sometimes it can involve the use of a mat, pilates also involves the use of a ball, or even a pilates ring during the lesson.

You Might Also Enjoy: Yoga 101: The Ultimate Beginner’s Guide to Yoga

The Top 15 Best Books on Buddhism for Beginners

The Top 14 Motivational Books for Women

Zero to Skill is a blog that helps its readers level up their lives by providing actionable advice on Entrepreneurship, Personal Development, Productivity, Self Improvement and more.